Tell Me: Should I Review For Osprey?

A few weeks ago, Osprey advertised they are seeking bloggers and reviewers that wish to receive Osprey books to review. 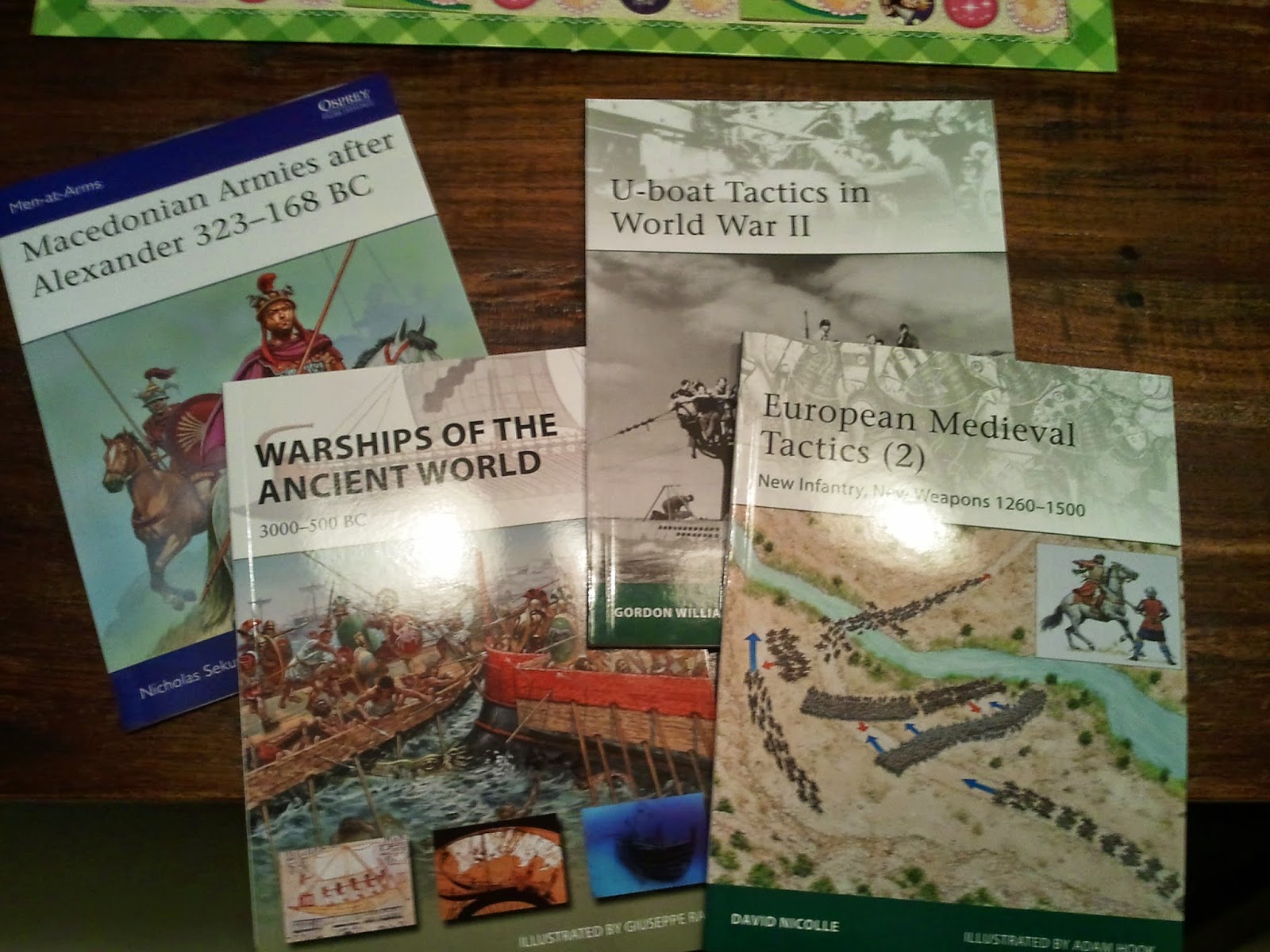 I guess I would be qualified (by their not too demanding standards) because I already read lots of Ospreys and have published over a dozen reviews on this blog and commented on a bunch more on Goodreads.  What makes it an extremely tempting offer is that the coming months will see quite a few interesting volumes, from Malplaquet to Quatre Bras and Waterloo (not a very great distance in Euclidian space).

There might be a point of being forced to read books that I wouldn't read otherwise, but I think I could get over that. 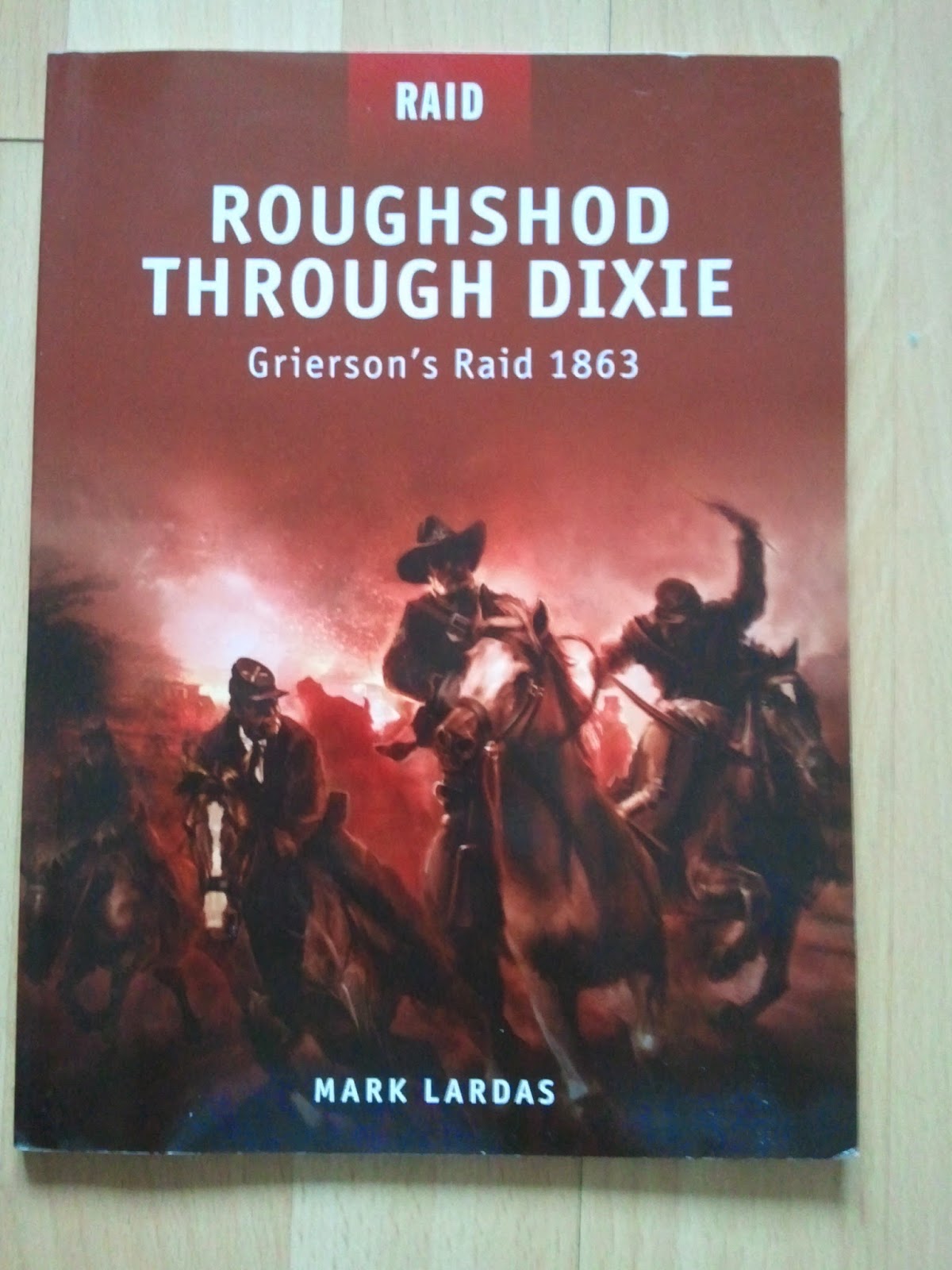 The biggest issue is of course whether I can maintain my independent opinion in the face of receiving free books. I would be open about which books I have received for free, of course. But warning your audience is not always enough.

I have been quite critical of some Osprey publications, especially its anglocentrism and I think I would continue to be, but it might dull my edge. In fact, my critical approach might also be a reason for Osprey not to send me any books, but that would be a telling decision on what it seeks to achieve. For that reason, it would be interesting just to try.

But I'd like to know what you think. How do you approach reviews where you know the author has received a free copy? Would it also affect what you think of reviews that were written about books I paid for? And do you think I should let myself in with this at all?
Posted by Jur at 16:00 26 comments:

Epic biography of Napoleon, focussing on his acts as a statesman and on his political philosophy. While acknowledging that his military exploits laid the foundations for Napoleon's fame and political power, Englund argues that his political feats were as impressive and much longer lasting than his military legacy.

Writing about Napoleon's motivations and ideas is extremely difficult as Napoleon has tried so hard to influence his historiography. It also implies judgments on whether Napoleon was a heart a cynical and opportunistic power player or somebody who tried to stick to certain principles. Or whether he changed from one into the other and in which period?

I think Englund has done a great job of separating the wheat from the chaff. This Napoleon is much more interesting than the Corsican Ogre and Napoleon le Grand. This is almost a human being. Even if it's a man of uncommon talent, intelligence and energy. There are weaknesses, errors of judgment, post hoc rationalisations and petty insults enough to balance the scales.

That doesn't mean that an interesting version of Napoleon is more true than other versions. It just rings more true to my vision of how people, even Great Persons, are. That, probably is the great attraction of Napoleon: everybody can find in him the man we long to see.

The NYR was a bit slow this month, although I didn't buy any games, and mostly books I was allowed to buy (ie Napoleonics). The holidays wreaked havoc with my free time early in the month and I was also out with an infection for a couple of days by the end. 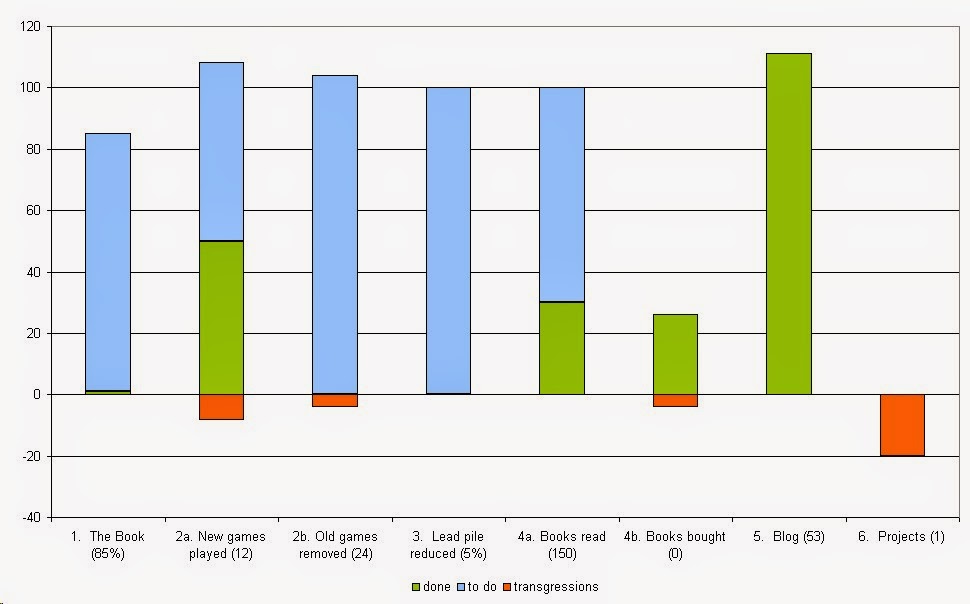 I didn't get too much done for The Book. I read the new biography of Blücher and two books by Michael Broers. First his exciting book about armed opposition to Napoleon's empire and then his great book about the empire itself. Add to that a detailed account of the deposition of Louis Bonaparte as King of Holland and the annexation of the Netherlands into the Napoleonic empire and you get an idea of where my interest was headed this month. And I had a very good session with my co-authors last week which inspired me.

r
I didn't play a lot of board games, as my regular group missed two sessions. I managed a pretty weak game of Imperial and a glorious round of Cuba Libre (a game I hoped to deepen my acquaintance with) plus two fine games of 8 Minute Empire. 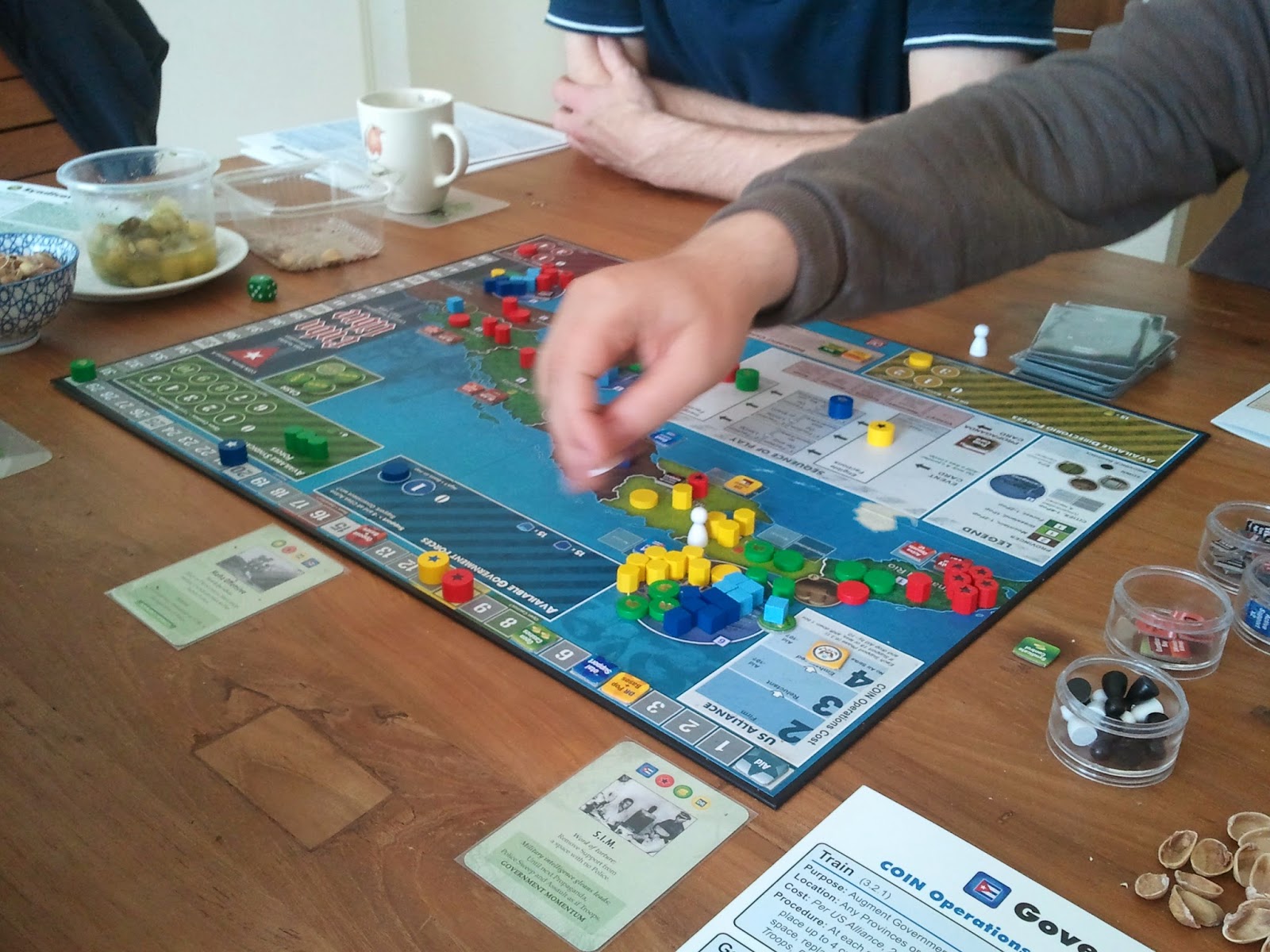 Getting distracted by running a demo of the Monsters megagame didn't help of course, even though developments in megagaming are now looking very good! There will be an Operation Market Garden megagame on August 30th, possibly a Monsters game later this year in the Netherlands and maybe even a game in Germany next spring.

Did more than enough blogging, even though I haven't had time to write down all my experiences of the workshop on games in education and the few bits of painting I did.

So all in all, I think I need to kick myself in the ass and get going.