The Story of a Map

One of those instances where work and hobby coincide! A few weeks ago I considered doing a tweet with a thematic map to commemorate the birth of the Kingdom of the Netherlands on March 16th 1815. It is an interesting episode because it happened in the pressure cooker days after Napoleon had returned from Elba and it included at that time most of the area we now recognise as Belgium. 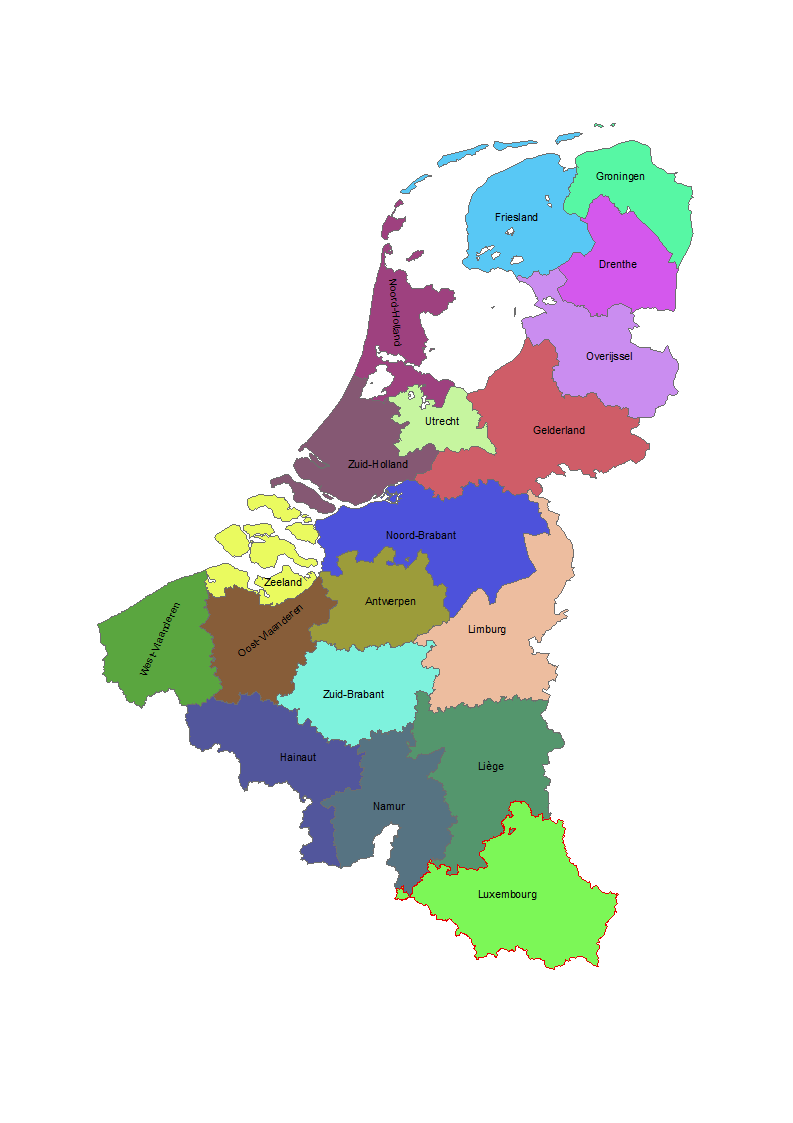 My take was to create a map of the Low Countries in 1815 and link it to data from our historical collection on the 1815 census. I though that sending out a tweet with the map would be a nice gesture and likely to get picked up by the media.

I set out searching for a shapefile (a file that holds the spatial information of the map, like borders of provinces) of the Low Countries in 1815 at the time but found none. Then I thought it might be possible to stick together maps of the north and the south into one map, which is what we ended up doing in two stages. I managed to find a shapefile of the north for 1815, and on the assumption that the current Belgian provinces were much like those in 1815 my colleague in the mapping department stuck  the two together. I was SO thrilled with the result.

And so were some of my colleagues, who suggested not just a tweet but a short article, using more data and adding more maps. I set to work on that, despite the fact that I would also have to hand in my two chapters for the Waterloo book this week. That was pretty stupid. 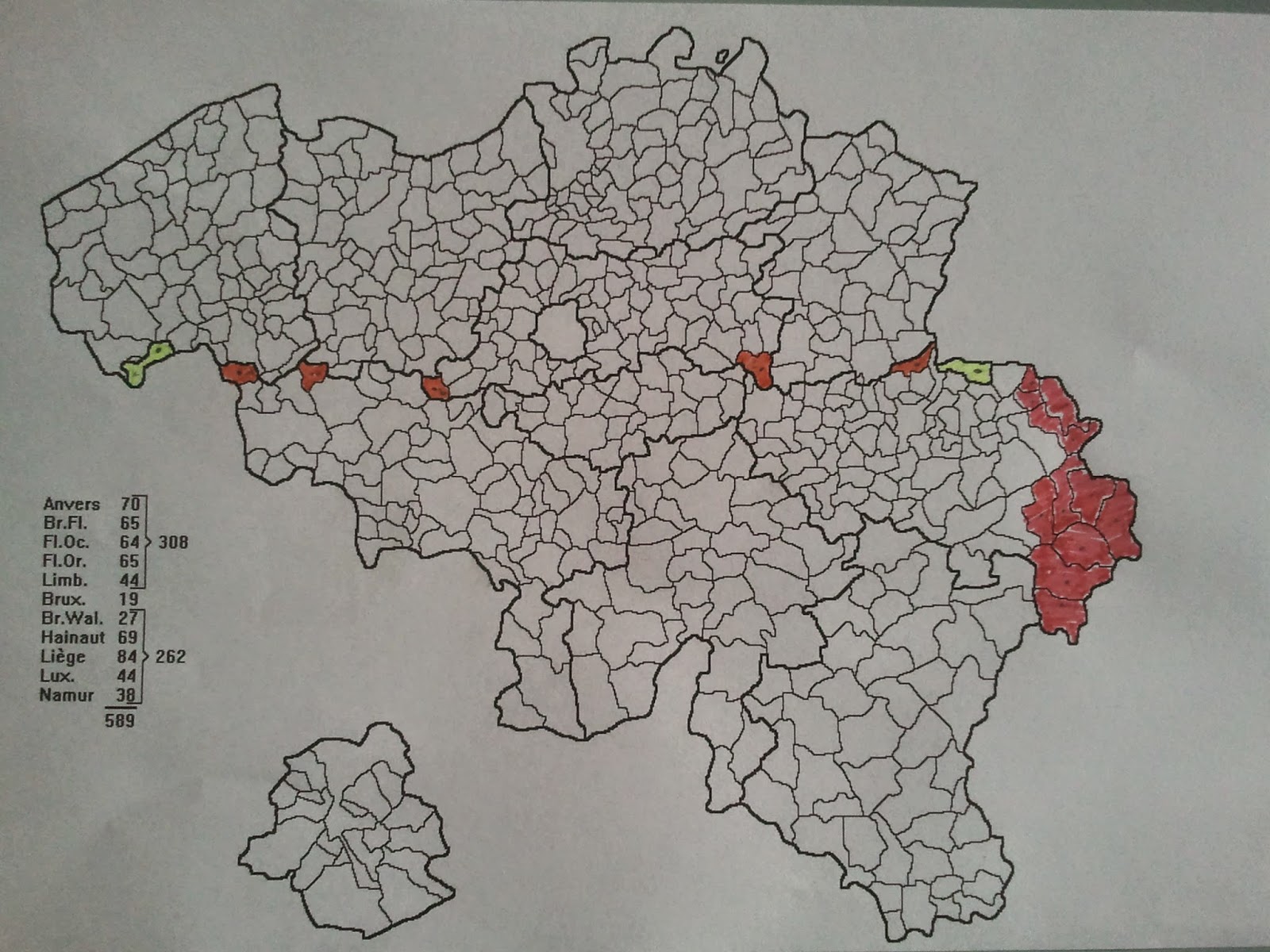 In my enthusiasm I showed the maps to my Belgian stepfather who immediately spotted some necessary changes: in 1962 a number of municipalities was exchanged between Flanders and Wallonia to conform to the language divide, and in 1920 the Belgian took an area on their eastern border including Eupen and Malmedy from the Germans as a compensation for damages in the First World War. And a few minor others.

Just as I was contemplating defeat, another Belgian connection, a very kind historical geographer from the University of Ghent, stepped in and offered the right historical shapefiles for Belgian provinces in 1815. The colleagues at the mapping department stuck those to the north (and a current shape of Luxembourg) and voilá!

The colleagues also suggested doing a storymap application which has turned out pretty awesome as well.

I struggled through the week, working on the article, the map and the book at the same time. Occasionally it looked like it would fail, but on Friday it all came together in the end: chapters went to the publisher, article was finalised and approved and the storymap finished. Much relieved and tired.

So on Monday: cake for the great people that did the mapping. They are awesome!
Posted by Jur at 21:17 No comments:

Seeing the general success of the NYR for 2014, I thought I'd set myself some NYR for 2015. But it posed conflicting challenges, which I finally resolved by making separate sets of NYR for both halves or the year. 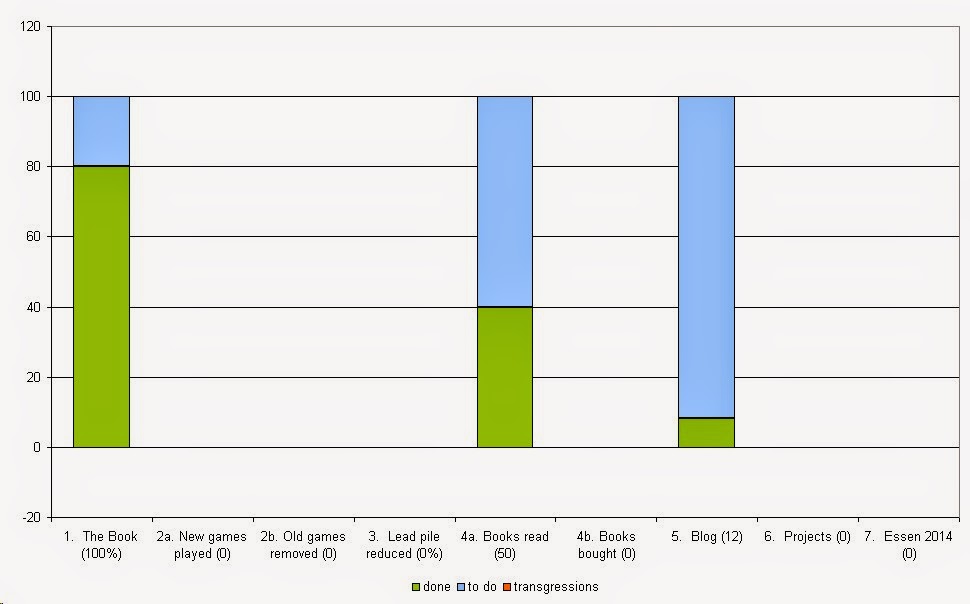 So first half of this year is fairly simple: The Book needs to be finished. In June. So that's fine. I need to read some books towards that goal (and no distractions!) and I have allowed myself two blog posts per month. That feels more like a challenge now than I thought it would be a month ago. 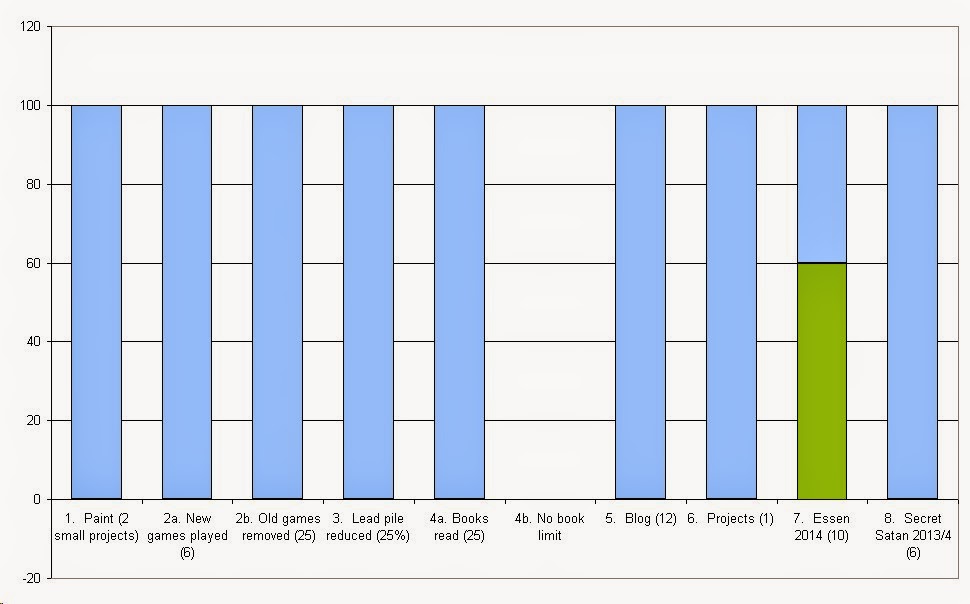 But the second half of year should be some kind of happy time where I intend to completely scatter my attention over a multitude of smaller projects. I've set myself the following goals:


Part of the fun in the coming months will be in deciding what the projects will be. I am already drawing up lists!
Posted by Jur at 16:09 No comments:

Email ThisBlogThis!Share to TwitterShare to FacebookShare to Pinterest
Labels: NYR

So I've been meaning to look back on 2014, which was a crap year in many ways but also one that may make 2015 one of the best. How did I do with my gaming New Year's Resolutions for 2014? 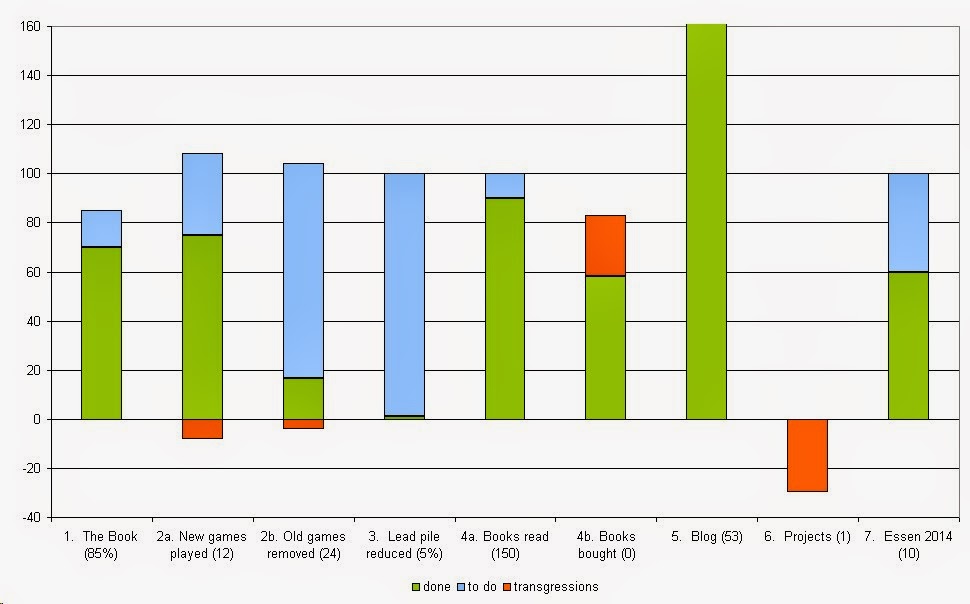 The Book: I wanted to get 85% of it done, so most of the writing by December. That didn't happen, but 70% was good enough, and next time I can do it more efficiently.

Books read: that proved a serious challenge but I feel I came very close taken all the articles I also read during this period. I had hoped to use Goodreads to keep track of all my reading but it is no good when it comes to old and non-English books. I just didn't feel like adding those manually.

Books bought: I banned myself from buying new books on subjects other than Waterloo and was pretty consistent. What I did buy were some books by people I know personally and a bunch of new Ospreys (which were allowed, I think). 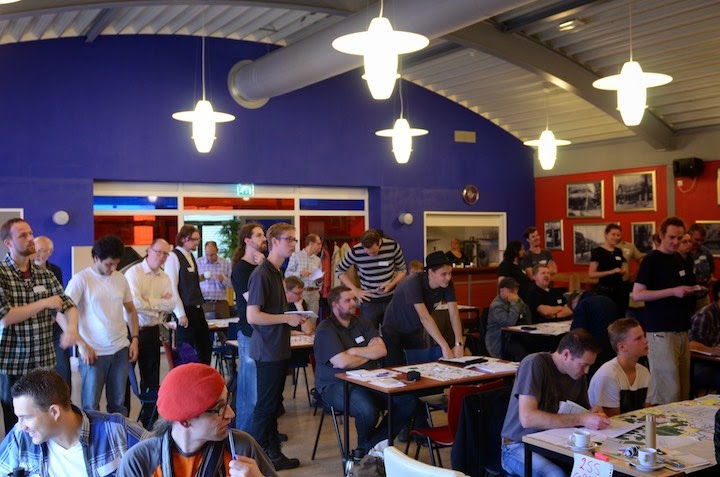 I organised one megagame which was the side project. It pained me a lot not to put on a megagame later in the year when invited to, but it was a wise decision.

New games played: I came a long way, even including the one game I bought last year. But past October my focus and priority shifted to other things.

Old games removed: ditto. Just didn't get round to it.

Essen games played: I managed to play all the Essen 2013 games before Spiel 2014! I have also played quite a few of the games I bough last year.

Shifting focus also impacted on books I wanted to remove. I picked quite a few from my shelves but I didn't get rid of them, so they are still in stacks on my floor.

Lead pile reduction: I gifted my German 1940 paratroopers, which have found the best possible home as they've been painted and used in the brilliant Ypenburg demo game.

Finally, I rationed myself to one blog post per week but went way over that, which is fine.

Next post I will look at my aspirations for 2015 (yes I know it's long started).