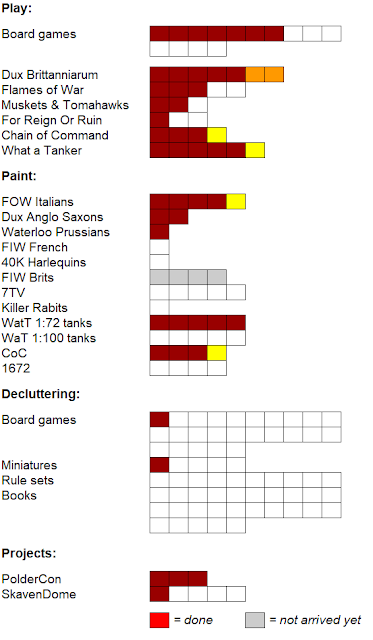 After October's nadir, thing are looking better in wargaming terms.

In terms of playing, I got off the second game in our Chain of Command 29 Let's Go! campaign. The American platoon managed to take the enemy rearguard post with some difficulty as the attack was not very well planned or executed. Good thing the Germans were still hurting from their previous engagement. 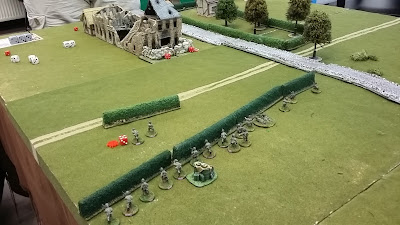 Again many useful things were learned and maybe at some point in this campaign I get a feel for marshalling my resources. Until then, firepower will gave to provide the solutions. 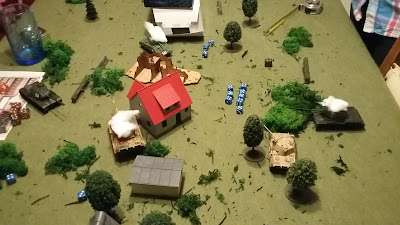 And a game of What a Tanker, introducing three young ladies to the rules (one of whom who has helped to build some of the tanks earlier this year). By the second game they were quite good against their dads. 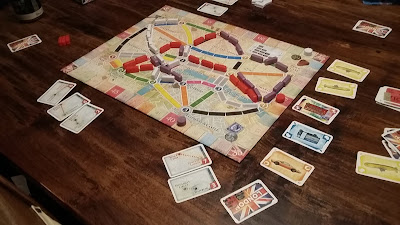 I played a few board games but nothing on the list.

Painting wise, this was a good month. Made a solid start on the 1672 project, with four foot units near completion, and a dragoon unit in the works. Those are planned to be finished this year. But there's still some decisions to be made about painting technique. 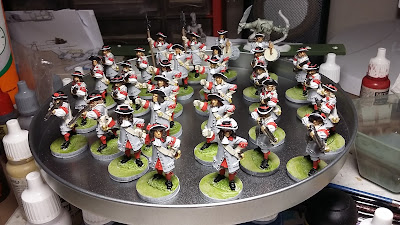 So far just basic colours and decided against a generic wash (ie Army Painter). Not sure I actually want to do shading/highlighting. I also experimented with painting horses in GW contrast paint, which I'm okay with. All that to save time and improve chances that I actually finish this project. 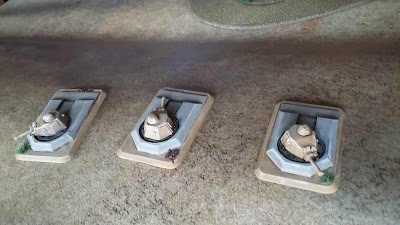 Also painted up a few Italian bunkers with French Renault turrets that a friend printed in 3D. 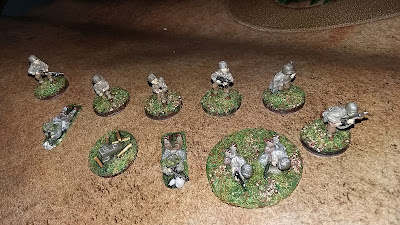 I finished my Yankee reinforcements for Chain of Command: extra BARs and a gun team. 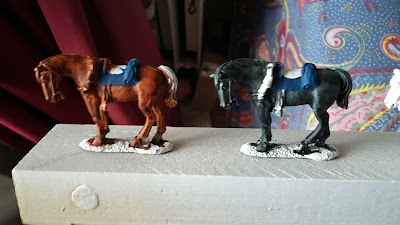 In terms of projects: 1672 is on, with the painting started, but haven't done much reading or terrain building yet. The other participants are off the mark as well.

To keep you up to date on my mad scheme to cycle 4000 kms this year: I managed to get beyond 3800 kms. That means I'm in a realistic distance of making it!
Posted by Jur at 11:35 No comments: 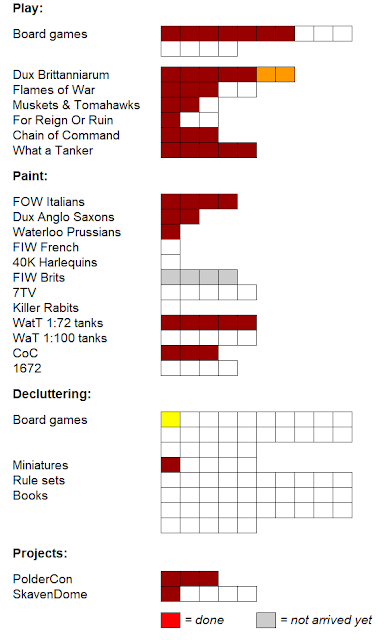 This can be a very short post as I didn't do anything in terms of gaming goals. Yup, not one block changed colour this October. I didn't lift a brush, rolled no dice, dumped no book.

Technically I did play three games of Lost Cities, but that doesn't count.

I hardly cycled as well. Not even 200km.

The reason? Holidays and the big project still lumbering in the background.

Ten days cruising to Italy and back was awesome enough, though, and I slipped in the odd bit of (military) history. Looked upon Fortress Ehrenbreitstein in Koblenz, walked the 17th century walls of Lucca and spent the night on the battlefield of Arcis-sur-Aube.


There was good food, beautiful countryside...


and some awesome art

But November will have to be different: the 1672 project needs work for a credible outing in February. So I need to make a decision on my painting method soon.