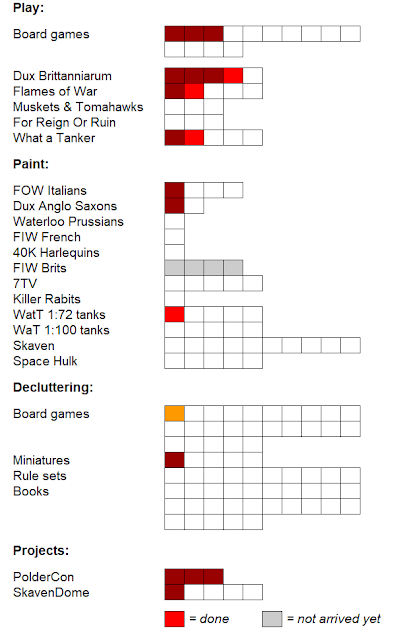 Of course, March looked like it would turn out as bleak as February...

And it did. Other, more important, stuff to do. But some bits happened: 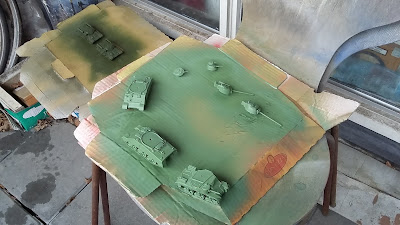 I did make a start on a bunch of allied and German tanks for What A Tanker. 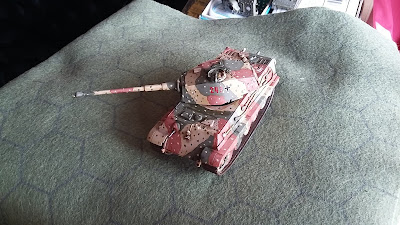 Also finished the King Tiger for the birthday boy. That will come in handy with future bouts of WaT! 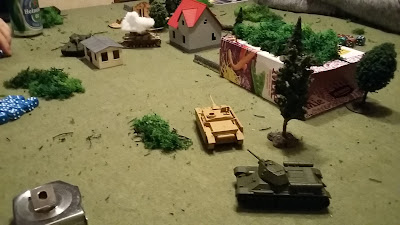 The new 20mm tanks got an outing mid-March in unfinished state, but what the heck... 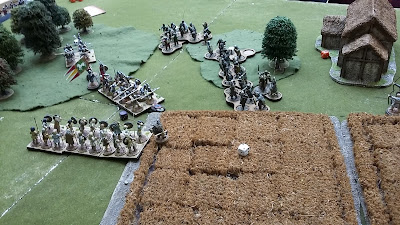 I also managed a game of Dux Brittanniarum. And thankfully, it was a win. I think I am getting the hang of not putting myself out unnecessarily exposed, and with two lucky card draws (an Evade to have my thegns retreat to safety from a flank charge by the Viking elite, followed by a Carpe Diem so I could charge my fyrd into the flank of the Viking elite with good effect) I reaped generous rewards. 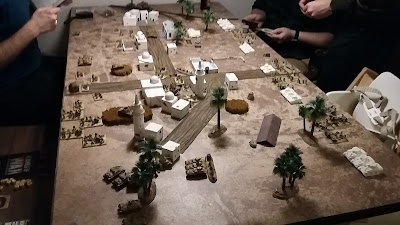 And my WWII Italians had another but not very eventful night of Flames of War.

No boardgaming at all though! 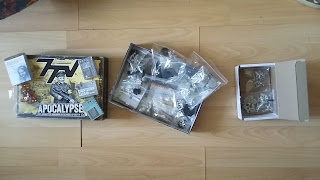 And in mid March, also arrived the 7TV Apocalypse and Killer Rabbits kickstarters! So a net 'lead' pile growth (certainly in weight!)

And a boardgame I thought I had given away was returned to me.

No work done and won't be until June at least before action picks up again in general.

A little ray of light though, because in my non-gaming goals for this year, I have clocked over 800 km in bike rides for this year already. I'd set myself the goal of 3000 km as I just missed out on that one last year. Given that I hardly did any cycling in January and February in previous years, I am some way ahead of schedule. 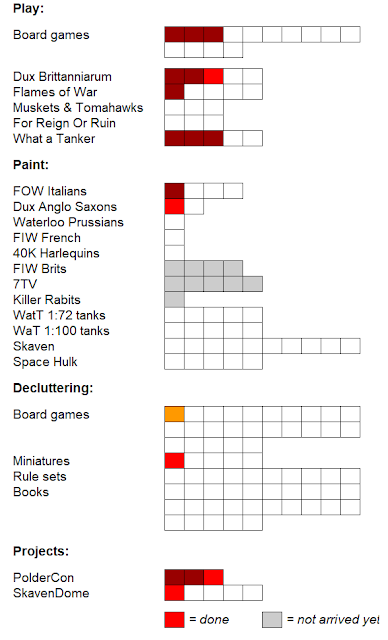 February has been a bit slow in ticking off boxes on my games goals chart. 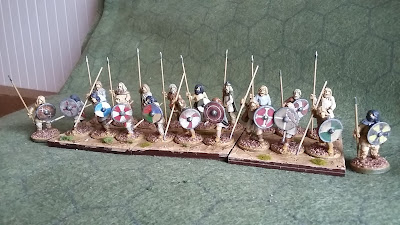 Finished the fyrd! In time for the next Dux game later this month. 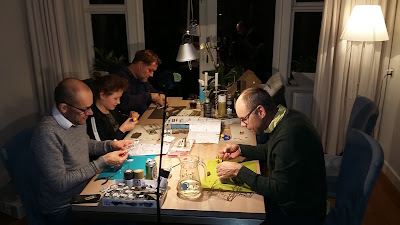 Had a pleasant evening of glue and plastic as the local What a Tanker gang seeks to increase its 1:72 options for the next battle: added: 2 T-34s, 2 Stug IVs, a Lee/Grant and a Semovente 75/18. Next episode: spray cans 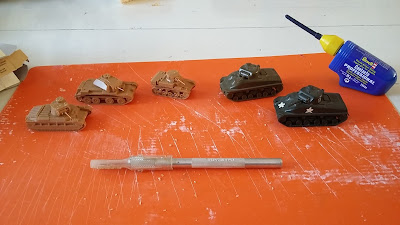 Also got a bunch of 15mm tanks built and sprayed: Crusader, Shermans, Stuart and Matilda. Can be used to oppose my Italians in What a Tanker,

Got some work done on the Italian 47mm antitank guns for Flames of War. 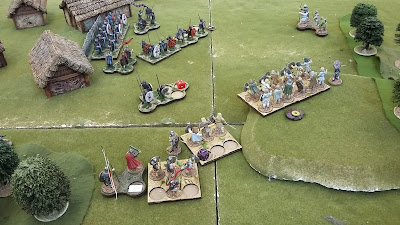 Got in my game of Dux Brittanniarum, with the fresh fyrd doing as well as they could be expected. Still, it's a tough campaign for my warlord, Wealdhere, while the Vikings seem to have all the fun. The tables will have to turn somewhere soon or Wealdhere will lose his king's confidence. 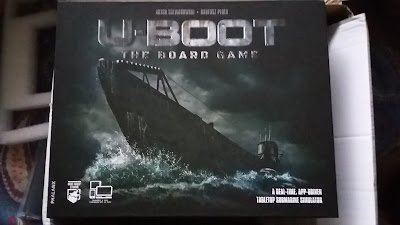 U-Boot arrived early in the month, so that's now on the list to play. I put it on the list for the holiday in early April. Given the size of the rule book, it will require some homework before I can set sail.

I did play some board games, but none from the list. 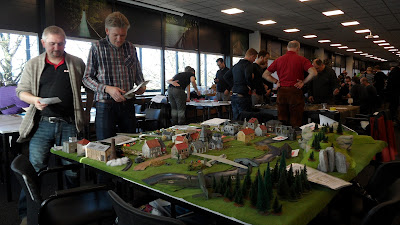 PolderCon happened, and it seems a lot of the 140 participants enjoyed it. That's good. Given that I want to spend less time organising and more time playing I decided that I would step down from the organising committee.

Now wondering what game to host next year. I noticed a lack of games using 15mm minatures or smaller, which I think is a shame. On the one hand Hordes of the Things might be good to introduce people to the De Bellis Antiquitatis family, and I don't have to worry about painting. DBA itself is also interesting, but that would require painting (there's 6mm Carthaginian army lying around somewhere) and finding an opposing army.

An alternative would be U-Boot or 7TV since those kickstarters should attract some attention because of newness. The latter also requires painting, but probably more terrain as I can use some near future stuff I already have.

But I also made the brave decision to go ahead with project Skavendome (although not setting a deadline). To prevent my slow painting proving a bottleneck, this has been avoided by buying up a sizeable collection of painted Skaven. It will also ease development of rules and playtesting. 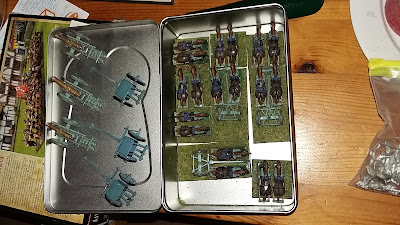 I managed to sell my Prussian Napoleonics to somebody who will actually use them, so that's a win-win. There's still a few stragglers that I need to finish. 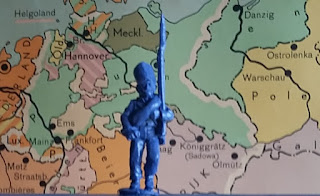 However, I did buy some more stuff at PolderCon: a couple of 1:72 additions for What a Tanker, some palm trees as desert terrain for my FOW Italians. And some other stuff helping out Bad Squiddo's move from general shop to focus on her own miniature lines.
Posted by Jur at 14:32 No comments: