Guineas and Gunpowder. British foreign policy in the Napoleonic Wars

Sherwig’s well written and researched book focuses on the and Gunpowder that accompanied British diplomacy in its struggle against revolutionary and Napoleonic France. The book shows how the use of money developed from a contractual agreement on the use of troops like it had been during most of the 18th century to support for cash stripped allies, amounting to 66 million pounds over a quarter century. A considerable a mount in itself, but modest compared to the costs of the navy and the army in this period. 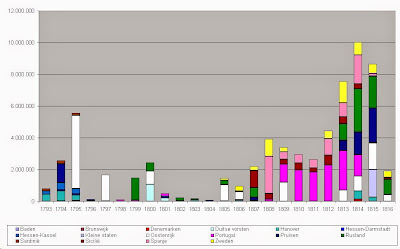 At first the instrument was used selectively as in the Prussian subsidy in 1794, but this caused resentment among other potential allies. Monetary and material support from 1805 was offered to anyone opposing Napoleon. As such the first surge was during the Peninsular War, where and received support to the value of over 19 million pounds between 1808 and 1815. But the main effort occurred on the European mainland from 1812-5 when , and together received almost 15 million pounds, and minor states over 6 million. Especially got a good deal, if you consider it also got out of it and did very little hard work during 1813 and 1814.

After 1805 the British foreign ministers also tried to make it an instrument to influence policy and strategy of allied states but as such it was only successful when foreign troops were under direct control of British generals in the . On the other hand this soured the relationships with and to the point that the former refused to send troops to the in 1815.

The weakest link of supplying support to the Continent was that with British trade excluded by the blockade, very little cash and credit was available. Some of ’s tensest letters to were about the supply of silver and gold coins. But it is hard to fault the effort made by the government on this point.

The material side is astounding as well, showing that British industry became able to respond quickly to large surges in demand. While it had trouble supplying the Prussian army with tens of thousands of muskets in 1807, it supplied a million firearms to the continental allies by 1813. The interesting thing is that these great achievements were quickly accepted by allies as normal, and demands for British support often unrealistic.

While the use of foreign troops through subsidies was cost effective (foreign secretary Castlereagh estimated that a British soldier on the Continent would cost 60 to 70 pounds a year, and foreign governments were offered 10 to 15 pounds per soldier), it surrendered control of those troops to the interests of its allies and also did not help the British public image. Tsar Alexander was utterly disappointed in the lack of British military action where it would have counted in 1805 to 1807. It also allowed Napoleon to paint foreign coalitions as instruments of British policy.

Lord of the Mind Bomb

In addition to the recent post on weird connections, I also have this memory of reading The Lord of the Rings trilogy while listening to The The's brilliant Mind Bomb. 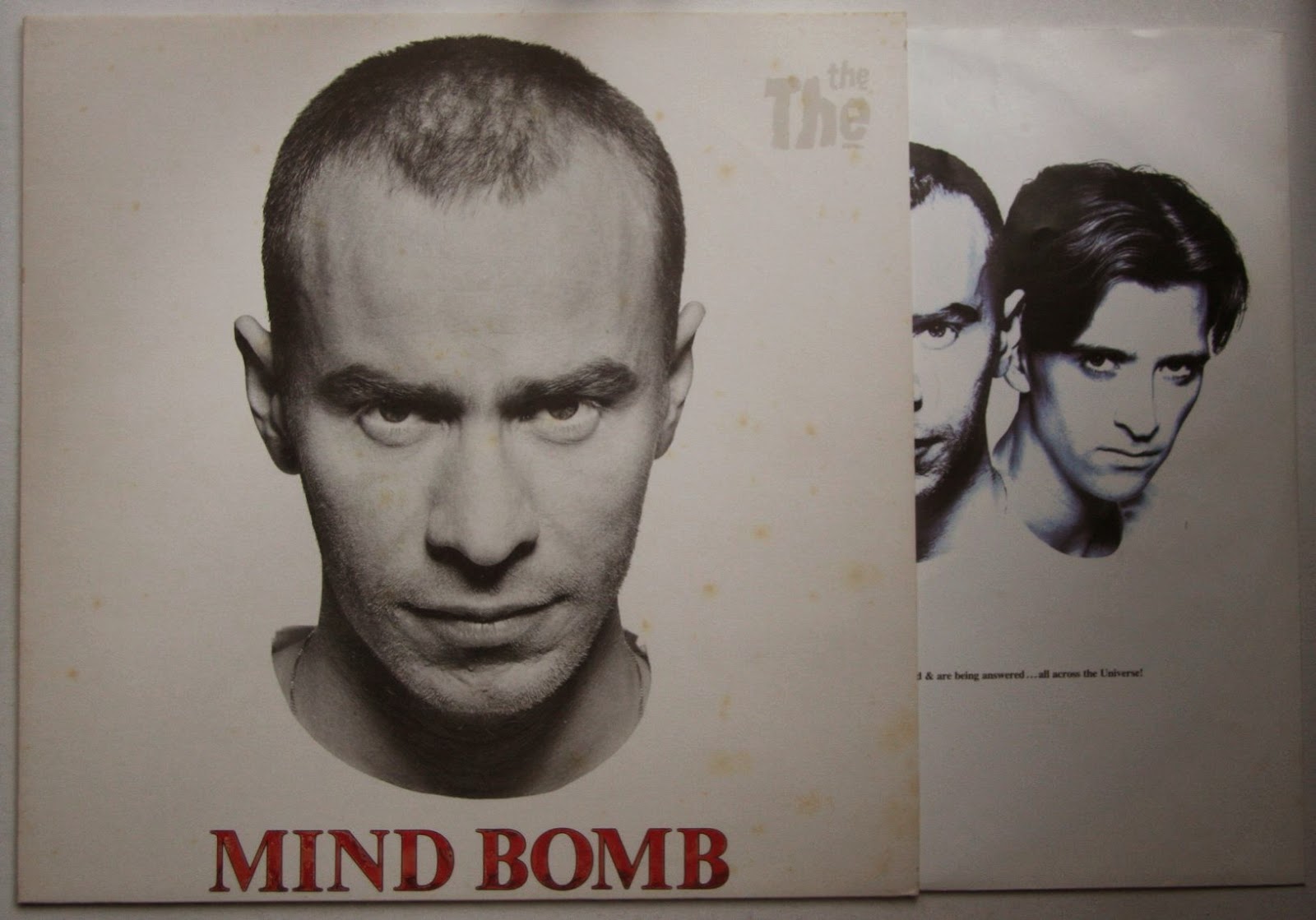 It must have been spring 1989 as I was preparing for my final tests of that year. I often had the house to myself. There were beautiful days that I would climb out of the window to the small area on the flat roof where there were tiles to sit on. Shielded from the wind, the spring sun was warm enough to enjoy. I think I read the books in less than two weeks, and all that time I had the album on repeat on my walkman, so it became a de facto soundtrack for me.

The I still feel that Mind Bomb fits the story better than the Howard Shore soundtrack, excellent though that is. Somehow, the OST is more rooted in the Carmina Burana and The Planets while Mind Bomb just gives it that much more contemporary vibe. There was a touch of bombast to it as well, but I guess that just goes with the wide vistas and epic events that Tolkien invokes. But the great thing is that in every aspect it is one whole and not just a collection of songs. So the mood stays with you.

It wasn't just the music but also the lyrics that went along well with the books. Matt Johnson's frequent invocations violence, war and madness influenced my interpretation of the book. The talk of evil, religion and obedience in The Violence of Truth poses an interesting contrast to the two dimensional good and evil of Tolkien's world.

In combination with the dark atmosphere of the album the creeping dread of The Fellowship of the Ring made a deep impression on me and I still rate it as the best of the three volumes.

The looming threat in Good Morning Beautiful and Armageddon Days Are Here Again was just made for the armies massing in the vales of Isengard and Rohan and on the plains of Mordor and Osgiliath.

There is even a glimmer of hope in the ending of Beyond Love as the organ dies away.

Hard to imagine a better accompaniment to Frodo and Sam's lonely trek to Mount Doom than Kingdom of Rain, where Sinead O'Connor shows what a beautiful voice she has. Not forgetting the thunder at the end of the song reflecting the dying rumble of the volcano.

By the way, this was the song I heard on the radio one night and which made me decide to buy the album.
Posted by Jur at 14:04 No comments:

Email ThisBlogThis!Share to TwitterShare to FacebookShare to Pinterest
Labels: books, Lord of the Rings, music

From Dynasty to Banzaï to Matchbox

There’s weird connections in your brain, ya know? Stuff that apparently has nothing to do with each other but makes sense because it all came together at some point in your life. One of those weird connections to me is this one. 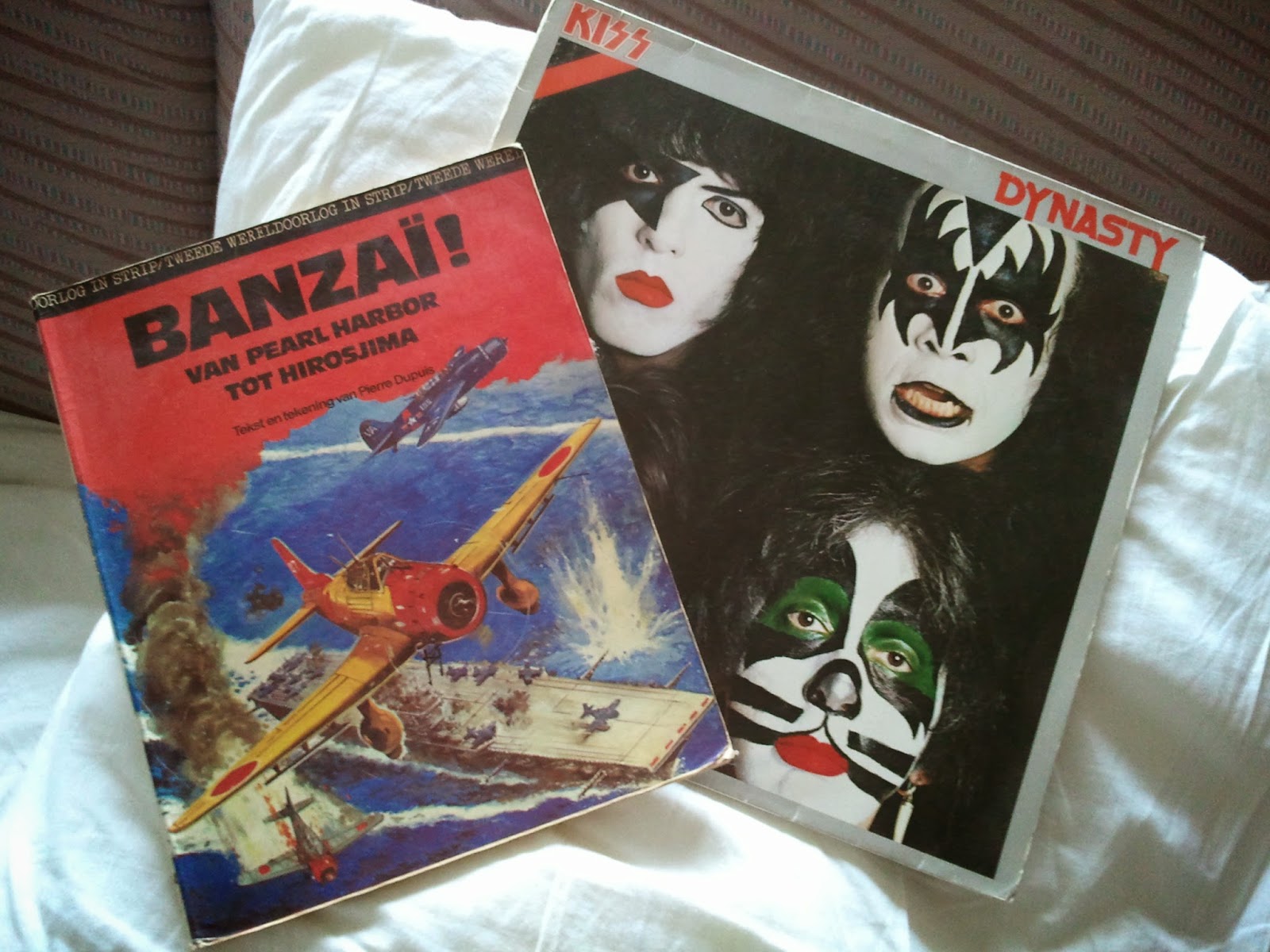 The memory came back to me playing Kiss' best selling album Dynasty. It connects me to a holiday on Schiermonnikoog, late 1979 or early 1980. Schiermonnikoog is a small island just north of the Dutch coast and a regular place for our spring or autumn holidays around that time.

Right then my brother and I had discovered a series of comic books depicting the history of WWII. At the time of this holiday we had just bought the volume on the war in the Pacific, and I remember reading it while listening to Dirty Livin’, a Peter Criss song which would be called a guilty pleasure now. I never got all the volumes of the series of eight comic books, and some only a decade ago. But the ones we had then, they’re worn out and very dear to me. 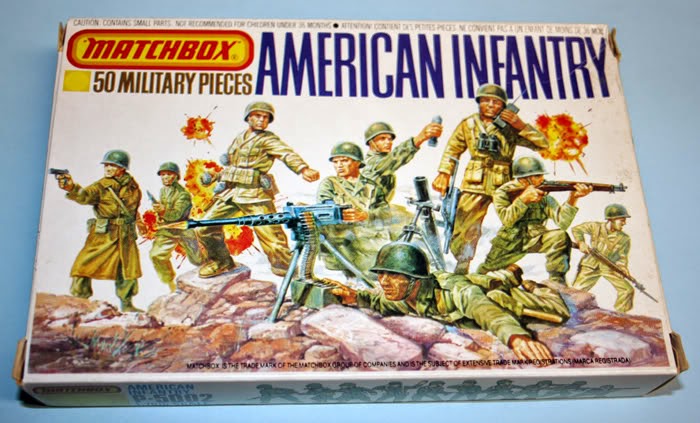 I also remember my brother and me playing with our Matchbox American infantry on the wooden floor of our holiday house with Ace Frehley's Save Your Love, another of my favourites from the album, in the background. I still love those Matchbox plastics although I gave almost all of it away a long time ago.

Brendan Simms has written a beautiful short book on the defence of the La Haye Sainte farm during the Battle of Waterloo. Its garrison throughout the day consisted mostly of Germans and Simms adds new life to their story by introducing a lot of new first hand accounts and academic literature. 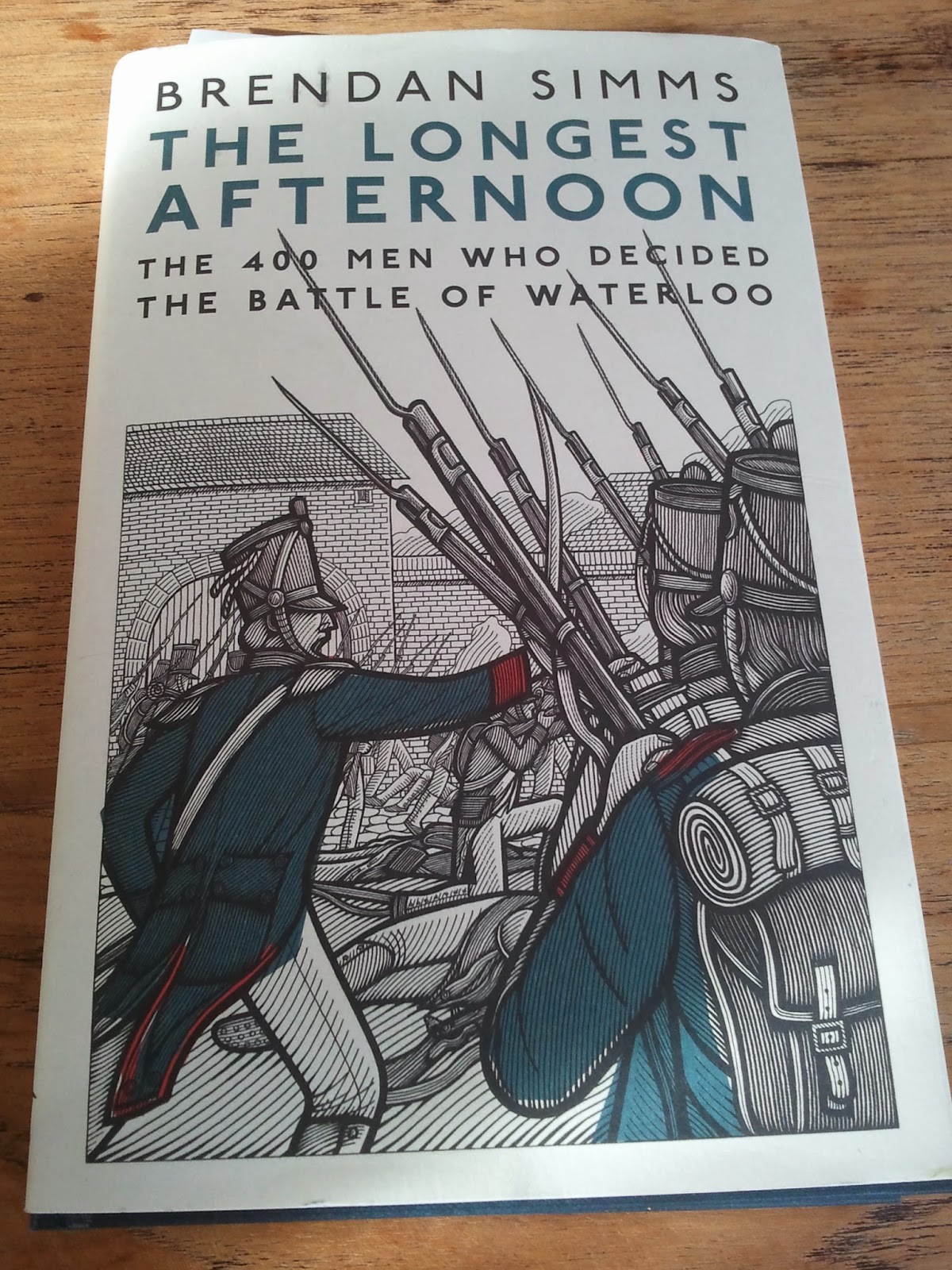 The book focuses on the events during the battle, but also offers a good introduction to the King’s German Legion and its role in the long struggle against Napoleon, and a very interesting post-script on the legacy of in Hannoverian military history.

My only and minor quibble is that it overemphasises the importance of the farm to the outcome of the battle, but I guess that to justify the writing of the book.

In the torrent of English language books published leading up to the 200th anniversary it stands out for fresh perspective and research. Probably the final account of the struggle for La Haye Sainte from the allied perspective for the foreseeable future.

Take away: given that all three farms across the allied front (La Haye Sainte, Hougoumont and Papelotte) fell or almost fell due to a lack of ammunition, you wonder why arrangements for supply hadn’t been made. Didn’t the British army encounter this problem in their battles in the ?

Brendan Simms, The Longest Afternoon. The 400 Men Who Decided The Battle Of Waterloo.
Posted by Jur at 12:23 1 comment:

Nice book about the cultural side of the resistance against French domination of the Netherlands. Jensen shows that Dutch writers, poets and playwrights tried to maintain a separate identity by emphasising ‘typically Dutch’ characteristics like homeliness, frugality and . Under Napoleon’s brother Louis that separate identity was still officially promoted, but after the ‘reunion’ in 1810 it was increasingly subjected to imperial standardisation.

There were also attempts to express the resistance and grief caused by the loss of independence. These harkened back to historical parallels like the Batavian Revolt against the Roman Empire and the Revolt against Spain as well as Biblical references to the struggles of Israel.

To current readers the poetic qualities of these works will not have much value in themselves and they are mostly interesting for their social significance.