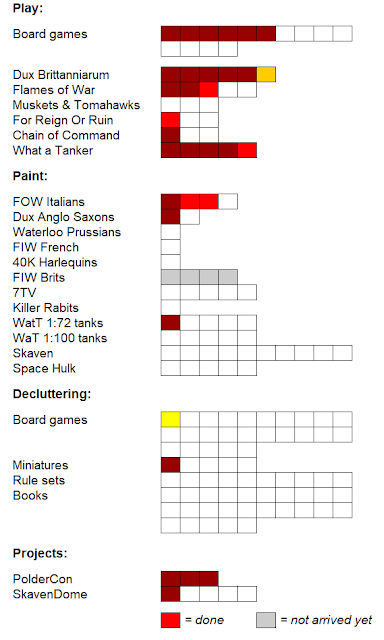 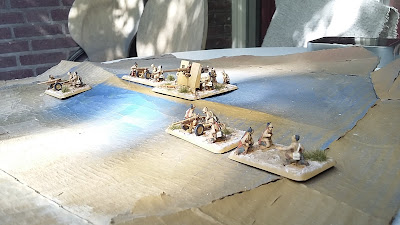 In terms of painting I got off to a good start to paint my 47mm and 88mm Italian anti tank guns for my 15mm Italian desert force.


I also did some good work on my allied 20mm tanks but the decals are still on their way, so not finished yet.

At the same time I started to paint some more Italians but decided that I don't like to paint charred bodies of burned tankers and to have those on the table, so I'm going to give those away to somebody who enjoys that more.

Also started on a few Dark Age monks to finish off my 1066 Anglosaxon force for Dux Brittaniarum.

A bit of a catch up month in terms of playing miniature games! There was a game of Dux Brittaniarum which went down hill very fast and is surplus to the goals set for this year. 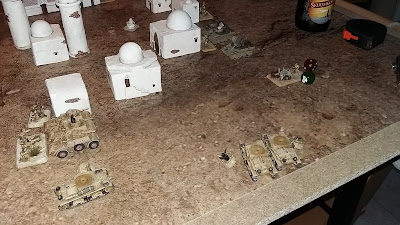 My FOW desert Italian force also didn't fare too well despite the newly added AT capability. It might have had something to do with attacking... 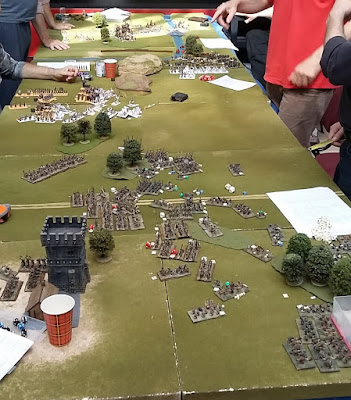 Then there was a big battle of For Reign or Ruin that went quite well. My skeleton cavalry made a big initial impact, but the rats were able to claw back their way into the fight due to superior leadership. At the end I held the advantage with uncommitted reserves in hand, but those weren't shock troops. 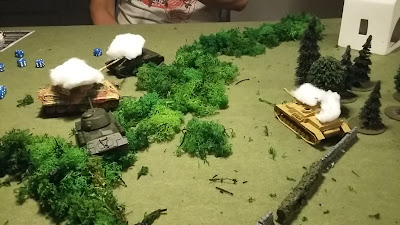 And finally an evening of What a Tanker with Harald's new entries: Valentines and M13/40s and two JS II, which were pitted against Michiel's King Tiger. The JSII are the first tanks that could actuallz take on the Tiger II with some chance and they did well in that respect. It means I've reached my goal of WaT games for this year. 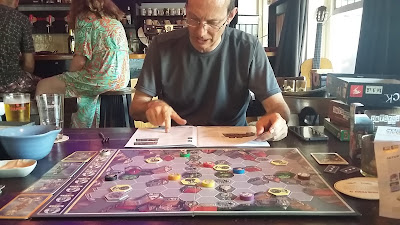 There were some board games as well, including Mr Jack and the travel version of that game that I played with Nick for the first time. Good fun. None of the stuff on the goals list though.

Well, rather the opposite with an order out for the new project. 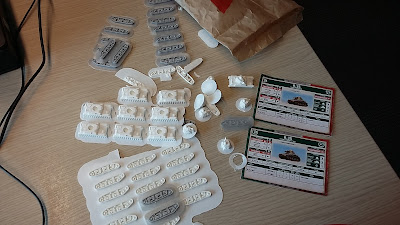 And I received some late but excellent birthday toys: Renault R35 tanks by my self printing friends. There's enough to build an Italian 1941 and a French 1940 platoon!

Also some additions came in for my Chain of Command yankees. Especially some support options. I hope to paint a few of those before I embark on a pint sized campaign this autumn.

So, the die has been cast on the new project so I can reveal what it actually is. We're going for a 1672 version of Sharpe Practice by TooFatLardies. It focusses on the petit guerre of Louis XIV's Dutch War from 1672 to 1678. I've gone for the French side, inspired by John Lynn's Giant of the Grand Siecle and their surplus of dragoons. That will be a major addition to my lead mountain.

My aim is to finish (mostly) some of the other projects before that time, such as my 20mm tanks for What a Tanker and Chain of Command, and Italians for Flames of War. It also means the Skavendome and Space Hulk plans are on the backburner.
Posted by Jur at 23:40 No comments: