2 movies and some commemorations - part II

So this was another movie I went to (see yesterday's post) and it is wry humour that does the trick in this one. Although you could argue that most of the characters come out of this all too well, there is no doubt that many remarks in the movie have a kick if you realise what they would have meant in practice. The summary executions now are portrayed as comic rather than beastly, and Malenkow now comes across as an obseqious toad, without his direct and indirect responsibilities for the deaths of hundreds of thousands. 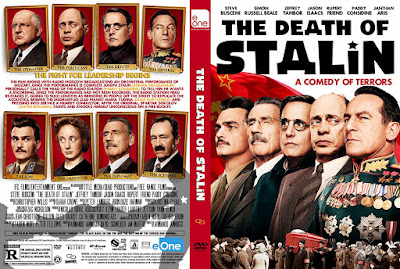 I remember reading parts of the Black Book of Communism (which sounds better in the original French) and being stymied by 100,000 deaths per page (for a 1,000 pages long if you can bear it).

The Mayday celebrations and the commemoration of Karl Marx' 200th birthday of course reopened that old discussion. While right wingers dismissed Marx completely and blamed all 100 million deaths of Communism on him, left wingers at least defended his scientific contributions, even if his predictions were widely off.

The allure of Whataboutism


The temptation of taking the easy way out it great. You can go a long way fending of the challenges to your beliefs by pointing out that crimes committed in the name of another belief were worse. We can try and just argue why imperialism was a worse crime than nazism or communism or slavery. As if determining which crime is worse would actually solve our dilemmas today.

So what if communism should prove to have made more deadly victims than any other ' bad thing', would that mean that inequality is okay and slavery too? Do the Gulags justify the Holocaust, or the other way around? Do the Crusades justify the bombing of the Twin Towers? Why even get close to such a trap?


We are not alone


But my promise to myself this year is that I will no longer stand idly by in these discussions. Not by outshouting others or letting go of the good manners in discussion just to win once. Because civilisation is not built on winning one argument, but on setting the conditions for resolving many arguments. Be it through laws, democratic process, rules for argumentation or  'good behaviour'.

In that way, even if we are not as committed to a cause as some others, by sticking to nuance and understanding, we set an example and show the value of those ideas. And we shall be beacons to those like us, also reluctant to join the fray. We are not alone. In fact, we are the majority. And our values are worth standing up for. So we need to be out there (wherever the discussion takes place) and visible/audible and support each other.

We can leave the floor to those on the extremes, but if any of the above commemorations should teach us anything, it is that if one extreme wins out, not just the other extreme loses out, but we all become limited in our freedoms, accomplices in the crimes of murderous regimes and chance victims of the violence they bring. 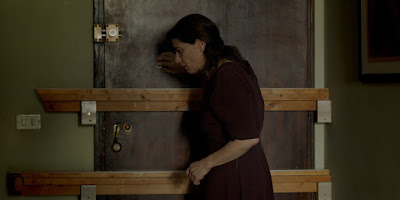 Like the mother in In Syria, we can't keep the world out. When it knocks on our door, it will be too late.
Posted by Jur at 10:05 No comments:

2 movies and some commemorations - part I 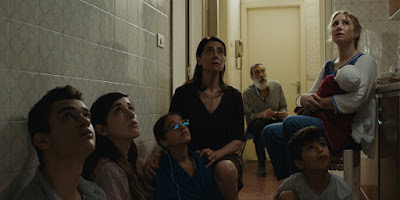 About a year ago I went to watch In Syria, a very powerful movie about a woman and her extended family trying to make it through a day in war torn Damascus. The camera work is excellent drawing you into the claustrophobia of the appartment, even more powerfully than the tank in Lebanon.

What made it even more powerful to me is that these people are recognisable, westernised and hip, worrying about shaving their legs and the availability of broadband on their phones. It emphasises how much out of place are the bombardments and bouts of gunfire close by. And even though the  door of the appartment is blockaded, the sanctity of the home will be violated.

I cannot recommend this movie strongly enough to you.


On May 4th last year, the official day of commemorating the war victims in the Netherlands, I joined the commemoration at Kamp Amersfoort, a concentration camp where the Germans in WWII kept Dutch high profile hostages from political parties and civic organisations to disencourage sabotage as well as people suspected of being part of the resistance. Over half were at some point moved on to camps in Germany, often with fatal results. Several hundred were shot or died from cruel treatment or the bad conditions during the war.

It was cathartic to file past the monument on the execution place in silence, with nothing but the evening sunlight and the spring chatter of birds.

Further on, at eight o' clock we kept the two minutes silence. As always, I thought of my grandfather who fought the German invasion in May 1940 and later survived as a POW in eastern Europe. But thanks to In Syria, I was now also more aware of the plight of those at home trying to keep going as best they could.

Whose commemoration is it anyway?


But the past isn't the past. It's here every day and part of today's struggles. The Dutch commemoration on the 4th of May has become part of the discussion about integration and inclusion. Anticolonial activists demanded that the commemoration also include the victims of the Dutch decolonisation wars, on the grounds that the Dutch soldiers killed in those wars were being commemorated as well.

On the other hand some right wing commentators tried to debunk the narrative that Moroccan soldiers (and other French colonial subjects) were actively involved in the defense of the Netherlands in 1940.

While there is no use in overstating the impact of Moroccan soldiers in this instance, it is good to realise that millions of Moroccans, Algerians, Senegalese and others from French colonies, but also similar amounts of Africans and Indians from British colonies, and Indonesians from Dutch colonies were enrolled in the armies that liberated Europe, Africa and Asia.

Many of them volunteers, many of them motivated by the struggle against nazism, or otherwise to show that by liberating others they were worthy of their own independence. At least, they are as worthy of our thanks as the American, British, Canadian, French and Russian soldiers.

Not to mention the length the colonial powers went to extract resources from these countries, even if it caused famine and poverty. Millions died in famines like that in Bengal, where food was denied the population to feed troops at the front, or working in mines, plantations or field works, or as carriers. It is a side of the war that doesn't always get its fair share.

And if we want immigrants to identfy with their new home, there is no harm in showing that at that point in time we were on the same side, the right side. And that the fruits of that struggle are for them to reap as much as anyone.

Some people disagree with changing anything about the commemorations on the grounds that 'things have always been done like this'. But I was enlightened by a historian pointing out that only from 1966 did the official commemoration in the Netherlands include the victims of the Holocaust. The most important lesson for me is that we should be very critical of the argument that 'this is how we've always done it'. People's memories are very poor and short. 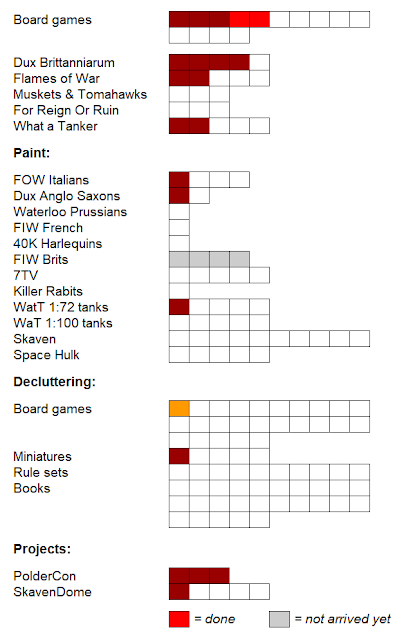 Been working hard this month, doing a presentation at the Citadel of Namur on the Wellington Barrier. 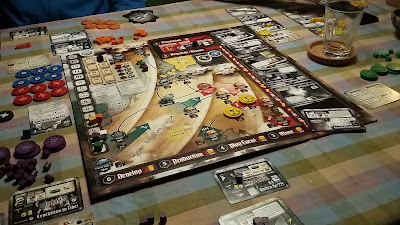 No minis, but I got around to a first game of Secret Weapons of the Third Reich.  There seems to be an interesting game hidden beneath a badly written ruleset. I spent quite a lot of time going through the rules before I dared to bring it to the table and I still missed essential bits tucked away in paragraphs. Which is a shame because the theme is awesome and some of the elements included, like Himmler's pet projects, really speak to the theme. Although I have a better grasp of the game now after filling in the gaps by rereading the rules after playing, I'm not sure I can get the players to play it again. 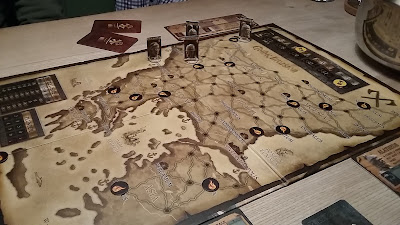 The other game struck off the list is Gothic Invasion. More meat to it than I expected. The game was tighter than it seemed, but the Goths needed a lot of time running around the empire to get to their targets. But Romans have a thankless task, and their best strategy is not clear to me yet.

Plus a couple of games of Blood Rage, Puerto Rico, Love Letter and Eight Minute Empire. So that week in Denmark was good in that sense (and the weather, and Dybbol).


Not forgetting two games of Power Grid: First Sparks later in the month.

I may recover some breath in June. But May's going to be BUSY.