This is a small side project I did for a friend of mine who recently became a father and called his daughter Mathilda. "Not after the tank, of course," he said. Because he's a tank hugger and we do exchange tank trivia. The mother of his child didn't seem pleased with that, so an evil plan hatched in me... 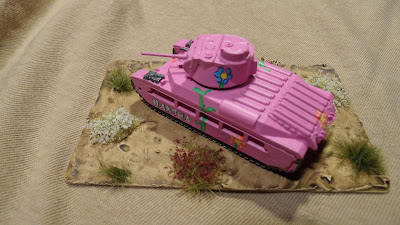 A few day ago, I giftwrapped it and handed it over to the young father... 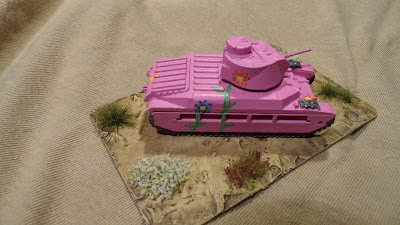 And apparently, it's been appproved. 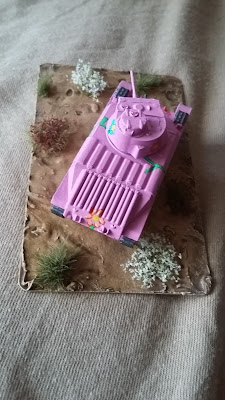 For those interested, this is a 1/100 Zvezda model of the British A12 Matilda tank.

Of course, my inspiration comes from the legendary Girls und Panzer anime series. 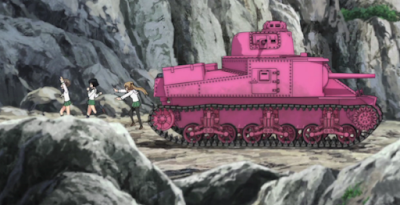 Ok, just a small step back to one of the books about colonial wars I posted on some time ago. I follow the excellent podcast series New Books in Military History, which has an interesting selection of new material. Some time ago I listened to a comparison of genocide and conquest on the Eastern Front in WWII and the the American West. 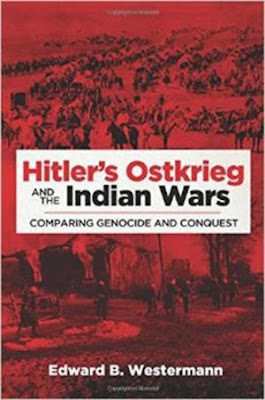 What I found interesting is that the author, Westermann, took up this project based on discussions in his classes, where he found the students would naturally compare different forms of genocide. When it comes to genocide, Nazi Germany remains the archetype/Idealtype, although the last decades our historical knowledge of other genocides has widened.

Of course looking at genocide involves a discussion of the definition, but most definitions go farther than just the mass murder of a particular group with the intent of total destruction. Some include the destruction of culture and separate identity.

While it easy to dismiss referring to the Holocaust as a Godwin, in this vase it is actually helpful.

It's worth listening to his argument in full.

This is what I did for our club's Summer Painting Challenge (inspired by Curt's). Ran from late June till halfway September. I set myself 400 points to paint, although I felt 200 would have been more  realistic. In the end I ended up somewhere above 300 points, so setting the goal probably made me more productive than I'd otherwise been. That's a good thing I guess. 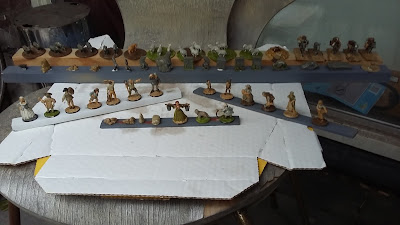 This was the main bit: a bunch of 18th century civilians, some scenery and goodies for scenarios and Frostgrave. And a bunch of farm and pack animals for the same purpose. 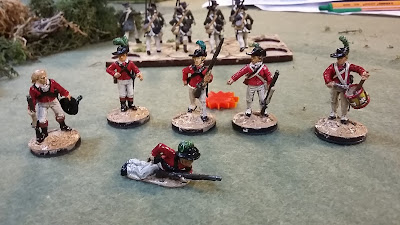 But I also finished a unit of British light infantry for AWI. This is them still glossy because I didn't get them sprayed with matt varnish before the received their baptism of fire. 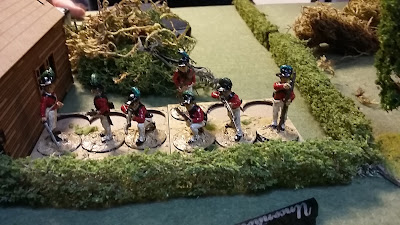 Ten wargamers got together in September for a Wargame Beer and Game session, with me hosting Rens and Henny for a practice game of Sharp Practice 2, and seven other guys doing a Big Chain of Command game. Beautiful table! 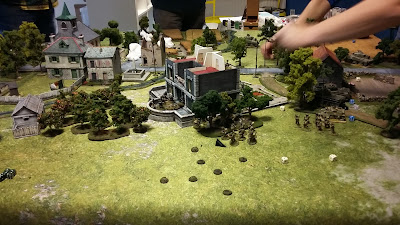 And a very good dinner was had afterwards.
Posted by Jur at 15:00 No comments:

Apart from the paper, I also brought home some wargaming terrain: I had been looking out for a game mat that I could use for both Frostgrave and Sci Fi (of course I had originally started out for two). I ended up buying a 4'x4' mat from Kraken. I was swayed by the guy from Kraken showing a WH 40K battle report video which used this mat and it looked dead on. 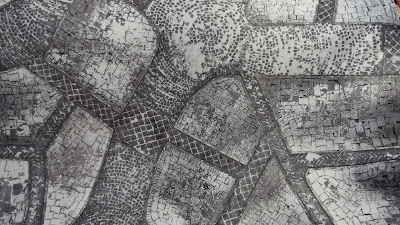 Last year I bought quite a lot of styrofoam stuff to build large stone buildings for Frostgrave. But as I've got two left hands, I have never actually dared building anything without adult supervision. So this year I decided to just buy a bunch of ready made ruins which I can quickly assemble and actually use. 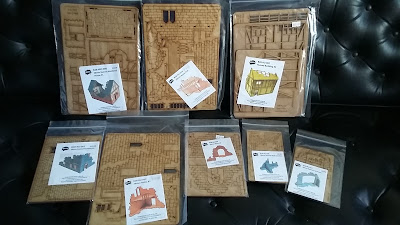 Finally, I also got some Footsore miniatures to round off my Anglo-Saxon army for Hastings. That's part of the annual project from the Dutch Miniature Wargames facebook group, this year themed for the high and late Middle Ages. More about that later.

Return from Crisis I

Yesterday visited the Crisis wargames show in Antwerp. Others have made more extensive reports on the show, so I'll not try to compete. But for me mostly it was a pleasure talking to so many people about their day and future plans. 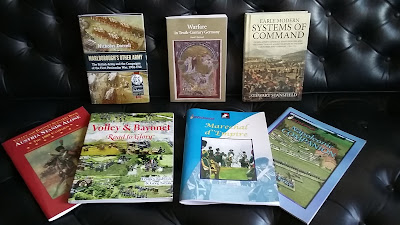 I had planned to buy the latest edition of the Volley & Bayonet rules set to go with my Napoleonic French and Austrians for the 1809 campaign. Picked up the Marechal d' Empire /General de Division rules from Baccus as well. Now have to decide quickly which one I want to use for a participation game at PolderCon.

The books I bought just show that I can't be trusted to stick to one period. The book on the Iberian theatre of the War of Spanish Succession I bought because I met Nick Dorrell a decade ago in Eastern Europe. We then discussed the WSS (which I have this fascination for) and I sent him some stuff from Dutch sources.

The other WSS book I bought because I'm a sucker for logistics and systems of command and control. And I was intreagued to find that this author had at least read a few Dutch sources. I believe this was the first time Helion & Company visited Crisis. I was glad to shake the hand of Andrew Bamford, whose A Bold and Ambitious Enterprise (and follow up sourcebook) on the British campaign in the Low Countries in 1814 I used when writing on Waterloo. Consider that a recommendation.

And 10th century warfare in Germany just taps into my new found interest in that period. I hope to blog about how that came about.


Note: Yup, it's been too quiet up here. And I stand reprimanded for that. As last year, I will try to do better. However, I haven't figured out how to do that, yet, without spending a lot of time. Which has been the reason why I dropped out before. It's okay to spend half an hour once every few days, but I have found that blogging takes more time if you want to do it well. But let's give it a shot.