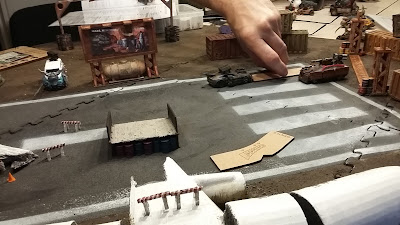 Followed the next day by Chain of Command. My 20mm GIs were attacked by a reinforced platoon of 28mm Fallschirmjaeger, who seem to have a harder time advancing than defending. 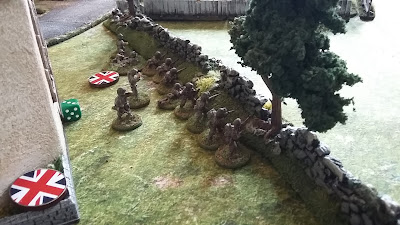 Then there was a game of Muskets & Tomahawks, bringing out my FIW French to introduce a club mate to the system. Mission accomplished there. 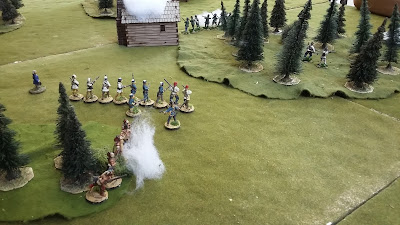 And a game of Dux, hotly contested and narrowly lost, but that proved a phyrric victory for the other Saxons. 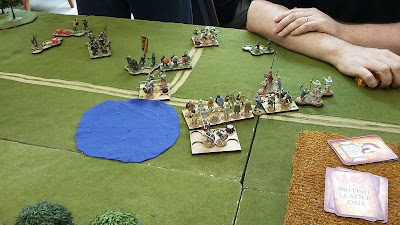 There was some board gaming, with my 20th game of Blood Rage the most notable.

I was trying to get some projects to finish before I embark on the 1672 painting project. So there were the CV33 Italian tankettes and the monks to give spiritual guidance to my late Anglo-Saxons.

And the last few Prussians that belonged to the lot that I sold earlier this year.

And then I finished a bunch of 1:72 tanks and M3(A1) halftracks for the Chain of Command and What a Tanker forces. 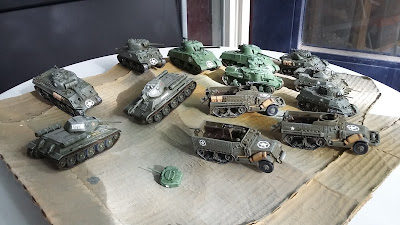 Not really, eh? Although those Prussians will leave the house at some point.

Chain of Command is going to turn into a pint sized campaign (29th, Let's Go! in commemoration of D-Day). Although I have quite a few support options already, in these pint-sized campaigns the support options can be quite specific, so I have ordered some additional men and materiel.

And the 1672 miniatures have arrived (plus some books...) offering me the opportunity to join the ranks of Turenne! First goal: four units this year and another before a first demo game in February of Sharp Practice tuned to the 1672 period. 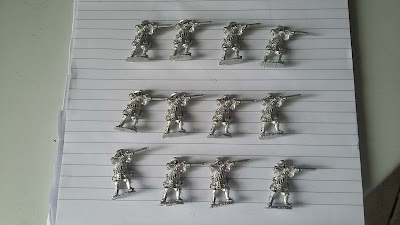 But I also need to get back to the Big Project, so that limits my hobby time for September. This may have been the high point of this year.
Posted by Jur at 09:40